The New Congress Will Try to Build More Border Walls

I generally refrain from making New Year’s predictions, but following the mid-term elections one thing has been crystal clear: barring divine intervention or a grass-roots outcry loud enough to drown out the Tea Party, the new Congress will pass legislation requiring hundreds of miles of new border walls.

In the final days of the Congressional “lame duck” session Democrats struggled to line up votes in the Senate to pass the DREAM Act, which would have provided a path to citizenship for those who had been brought into the United States as minors, and who completed two years of college or military service. Hoping to bring Republicans on board, slots were left open for two Republican amendments, should the bill make it to the Senate floor. 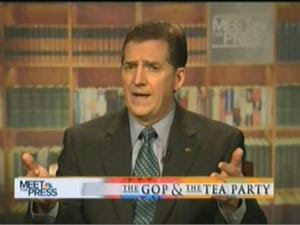 Republican Senator Jim DeMint of South Carolina took one of those slots for an amendment that would change the Secure Fence Act to require 700 miles of “pedestrian” border walls; vehicle barriers built along the border could no longer be applied to the mile count. Currently, 302 miles of vehicle barriers are included in the Department of Homeland Security’s official total of 646 miles of border wall. DeMint’s amendment would require Customs and Border Protection to build 356 miles of new “pedestrian” wall. With “pedestrian” walls averaging $7.5 million per mile, this could cost taxpayers $2,670,000,000. And with California, Arizona, and New Mexico largely walled off, most of those miles would come to Texas.

The need for immigration reform has not changed. What has changed is the political landscape, particularly in the Republican Party. Where once Karl Rove cautioned against alienating Hispanic voters, the hard tack to the right brought on by the Tea Party has convinced Republicans that support of immigration reform could cost them their next election. Senator Lindsey Graham (R-SC), who had planned to coauthor Comprehensive Immigration Reform with Democratic Senator Charles Schumer in early 2010, said at the end of the same year, "There's no way I can go to the people in South Carolina and say, 'Let's pass the Dream Act,' when we've done nothing on the border and there's a raging war in Mexico."

When Senator Graham says “we’ve done nothing on the border” he knows full well that the opposite is true. The Government Accountability Office presented a report to Congress in November of 2010 that stated, 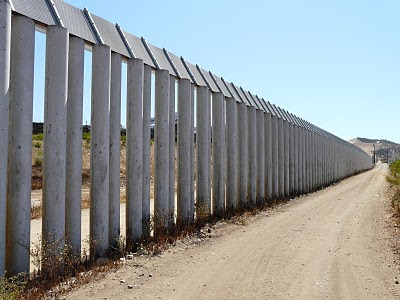 The myth that borders can be made airtight through the construction of hundreds of miles of border wall or the doubling of Border Patrol agents should have been laid to rest by the fact that after these things were done the cries from politicians that the borders are broken are louder than ever.

Republicans voted in lock-step to prevent the DREAM Act from reaching the floor of the Senate. Even Senator DeMint, who planned to attach his amendment to it, voted against even debating the bill.

DeMint’s proposed amendment to the DREAM Act is identical to the one that he successfully attached to the Department of Homeland Security’s appropriation bill in 2009. Texas Senators Cornyn and Hutchison voted in favor of the 2009 amendment, as they have for every border wall bill that has come before them. But because there was not a matching amendment in the House version of the bill Representative Ciro Rodriguez (D-TX) was able to remove it in the House -Senate conference committee.

Once the new Congress is sworn in the House of Representatives will no longer act as a brake on Senator DeMint’s desire to build more border walls. Ciro Rodriguez lost his reelection bid, and, thanks in part to the success of Tea Party candidates, Republicans will control the House. In addition to new members like Ben Quayle (R-AZ) who put militarizing the border front and center in their campaigns, the next Congress will see some of the border wall’s biggest backers chairing key House committees. 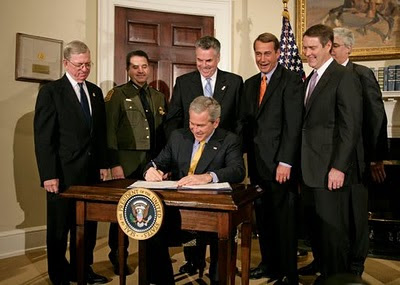 Signing ceremony for the Secure Fence Act of 2006

Peter King (R-NY) will be the new chair of the House Homeland Security Committee. He wrote the Secure Fence Act, which mandated the hundreds of miles of wall that now slice through border communities, farms, and wildlife refuges. In the White House photo of the Secure Fence Act signing ceremony he can be seen looking over President Bush’s shoulder, smiling from ear to ear. Last week he told the New York Post that, “The Obama Administration continues to display an obvious lack of urgency when it comes to operational control of the border.” He went on to list border walls as an important tool for gaining control.

The House Judiciary Committee, which oversees immigration laws and legislation, will be chaired by Texas Republican Lamar Smith. Lamar Smith was a vocal backer of the Secure Fence Act. He also co-sponsored a 2008 “English-only” bill, and supported an amendment forbidding the US government from telling the Mexican government about the activities of Minuteman border vigilantes. This past October he wrote an op-ed for FOX News, saying that, “If we want to prevent another terrorist attack, we must prevent terrorists from getting to the U.S. in the first place. That means finishing the border fence and giving Border Patrol all the necessary resources to keep our borders safe.” Apparently Rep. Smith missed the 9/11 Commission’s finding that none of the September 11 terrorists entered the U.S. by crossing a land border.

Iowa Republican Steve King is expected to lead the Judiciary Committee’s Immigration Subcommittee. In 2006 Rep. King assembled a model of the border wall during Congressional debate on the Secure Fence Act and suggested running electric current through it, saying, “we do this with livestock all the time.” Last month King said that as Immigration Subcommittee Chair he planned to conduct a formal review of the Obama Administration’s spending on border enforcement and push for construction of new border walls. He told the New York Times, “Build it until they stop going around the end – that would be my standard.”

Rep. Smith and the two Kings, along with Senator DeMint, are so enamored with the idea of a border wall that they have not bothered to look at whether the wall actually prevents immigrants, smugglers, or terrorists from entering the United States. Even Customs and Border Protection (CBP), which Congress tasked with building walls, cannot say whether or not they do anything. The November Government Accountability Office report found that, “As of May 2010, CBP had not assessed the effect of fencing on border security.”

But that will not stop Senator DeMint from reintroducing his amendment next year. The Senate passed it in 2009, and although Democrats will still control the chamber it will be more conservative now than it was then. Senator DeMint was an early and ardent backer of Tea Party candidates, and they will be anxious to return the favor by supporting his bill. And with Republicans in charge of the House of Representatives, Ciro Rodriguez gone, and the key committees in the hands of Representatives who have long histories of supporting border walls, the DeMint amendment is all but assured of passage there as well.

Once it passes the House and Senate, it will be up to President Obama to decide whether or not more walls are built. Will he veto an entire bill (perhaps the Department of Homeland Security’s appropriation) to stop border walls? That would mean a head-on fight with Republicans over an issue that he has so far chosen to avoid. As Governor of Arizona, Janet Napolitano famously said, “You show me a 50-foot wall, and I'll show you a 51-foot ladder." But as President Obama’s Secretary of Homeland Security, she failed to bring border wall construction to a halt.

The decision will come down to politics. If Democrats in the House and Senate oppose the DeMint amendment and vote against it, President Obama might oppose it as well. If it passes with Democratic support and votes, he will sign it.

So in looking ahead do we succumb to fatalism, and accept that eventually walls will stretch unbroken from the Pacific to the Gulf of Mexico, cutting off South Texas from the river that slakes its thirst, waters its crops, and anchors its wildlife refuges? Or do we work to change the political dynamic that pushes for more and more and more border walls?

When Senator DeMint reintroduces his border wall amendment in 2011 most of the politicians who will vote for or against it represent districts that are hundreds of miles away from the border. Their votes will be based on opinion polls and political expediency, not an understanding of border security or concern for border communities. Senators Hatch and Graham voted against the DREAM Act not because they believed that it was a bad bill, but because they believed that supporting it would be bad politics. When the political winds changed, their votes changed.

The Tea Party was successful in changing the political landscape not just because they had the backing of FOX News and Koch Industries. They were also very loud. They made so much noise that their ideas, no matter how far off the deep end, became impossible to ignore. They shaped the political debate, and then they turned out to vote.

If we want to prevent the construction of more border walls we need to be just as loud, and make it clear that politicians who support more walls will be less likely to return to Washington after the next election. In the end, a politician’s vote on border walls is about job security, not border security.
Posted by NO BORDER WALL at 8:47 AM

Smith Says Obama May Have Violated Oath Of Office By "Refus[ing]" To Secure Border, Enforce Immigration Law. In an interview on The Lou Dobbs Show, Smith had the following exchange with host Lou Dobbs:

DOBBS: The fact that we've witnessed both the Bush administration and now the Obama administration...refuse to secure the borders, refuse to enforce immigration law - at what point does this rise to the level of a breach of oath to protect the Constitution of the United States?

SMITH: I think we're on the verge of being there right now. ...Whatever law they're not enforcing, I think it comes awfully close to a violation of their oath of office. [The Lou Dobbs Show via ThinkProgress.org, 7/14/10]

Unfortunately, the prediction is coming true. Currently there are a number of bills that focus on border militarization. Topping the list is Rep. Bishop's (R-UT) bill granting DHS unfettered access to all federal lands within 100 miles of all land and sea borders, and extending the Real ID Act waivers to cover all lands within 100 miles of all land borders and all coastlines. Rep. Lummis has an ammendment in the DHs appropriations bill that prevents DHS from providing funds to mitigate the damage that border walls cause. Senator McCain has a bill that builds more walls in Arizona. They need scapegoats and distractions, and in their minds border militarization fits the bill.

think there NEEDs to be a wall a fence We need a secured boarder.What ever it takes. Illegal aliens coming into this country costing The American tax payer billions of dollars and lowering the wage of Americans in the process .we have a very high unemployment rate for Americans citizens as it is.encase you don't understand illegal mean braking the law so they are criminals.