Homeland Security is suing landowners to build the border wall

WESLACO, Texas – Texas RioGrande Legal Aid (TRLA), the leading provider of legal aid in Texas, is making itself available to border landowners facing lawsuits from the Department of Homeland Security (DHS) for access to their land to build a wall along the Texas-Mexico border.
The lawsuits come after DHS requested access to landowners’ property to plan the location of a wall along the United States – Mexico border. Approximately 600 landowners received requests and an estimated 70 Texas landowners who refused to comply are expected to be sued by Homeland Security as a result.

According to TRLA attorney Rebecca Webber, “The fact that the Department of Homeland Security would resort to these fly-by-night tactics in Eagle Pass signals that a tough legal battle lies ahead. We’re preparing for it.”

Border landowners throughout Texas have been anticipating the federal government’s actions for several months. Members of GLOW (Granjeno Landowners Opposed to the Wall) have spent the last two weeks waiting for any sign that the government will be taking legal action against them.

“Many of these landowners are afraid that the government is going to take away land that has been in their families for hundreds of years. They may not have much, but they’re willing to fight to keep it,” added Webber. “For many of them, the anxiety of not knowing what is going to happen has been stressful enough.”

TRLA has partnered with the South Texas Civil Rights Project to provide free legal services to landowners needing representation, regardless of their income level. The groups are available to make referrals to private attorneys, provide general legal advice, and represent landowners in government lawsuits.

“Texas RioGrande Legal Aid is available to provide free legal advice at every step of this process,” added Executive Director David Hall. “If landowners don’t want the wall built on their land or want to make sure that they get the best possible price for their property, we can help.”
TRLA encourages landowners needing legal assistance regarding the border wall to call 1-866-757-1570.

The public comment period for the Draft Environmental Impact Statement for Construction, Maintenance, and Operation of Tactical Infrastructure for the Rio Grande Valley Sector, Texas ended on New Year’s Eve. The Draft EIS is a fundamentally flawed document, designed to give the appearance of compliance with the National Environmental Policy Act (NEPA) when in fact it is little more than a sales pitch. This document in no way satisfies the requirements of NEPA. Rather than issue an equally flawed and hasty Final Environmental Impact Statement with the Draft EIS at its core, the Draft EIS should be scrapped and replaced with a Revised Draft EIS that objectively evaluates the varied impacts that the border wall (or border fence, or tactical infrastructure, or whatever they choose to call it) will have.

The bias in the writing gives the appearance that this document was intended to justify the actions that the Department of Homeland Security plans to carry out rather than objectively evaluate them. There is also a tremendous amount of important data that could be readily obtained that is inexplicably missing. Without this data, which ranges from impacts on endangered species and the economy to hydrological modeling of the effects of the wall during flooding or a hurricane, decision makers, municipalities, stakeholders, and the general public can not adequately analyze the reasonably foreseeable impacts of the border wall. This is in direct opposition to the regulations set out by the Council on Environmental Quality to implement the National Environmental Policy Act. 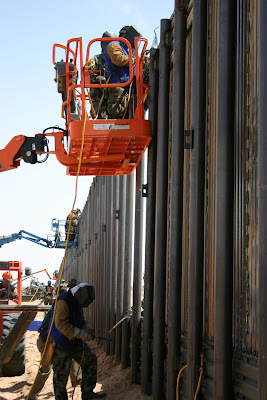 In determining what alternatives to study and what criteria to use in evaluating them, the Council on Environmental Quality mandates that an Environmental Impact Study should “briefly specify the underlying purpose and need to which the agency is responding in proposing the alternatives including the proposed action.” (Sec.1502.13) For example, in this instance the goal might be to enhance national security, stop or reduce unauthorized entries into the United States, etc. Instead, the Draft EIS establishes the preferred action as the same as the “purpose and need” of the action:

“The purpose of the Proposed Action is to increase border security within the USBP Rio Grande Valley Sector through the construction, operation, and maintenance of tactical infrastructure in the form of fences, roads, and supporting technological and tactical assets.” (1.2 – 4)

On the same page the “proposed action” is described as follows:

This is a clear violation of the Council on Environmental Quality’s regulations governing Environmental Impact Statements. They state,

If the Draft EIS is to comply with Council on Environmental Quality regulations the stated purpose must be rewritten. As all other assessments regarding alternatives and effectiveness are derived from the stated purpose of the proposed actions, this is a fatal flaw for the Draft EIS. The Executive Summary, Introduction (Section 1), and Proposed Action and Alternatives (Section 2) are completely undermined by this. 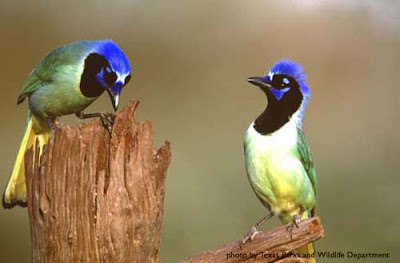 “Surveyors walked the entire length of the proposed project corridor for each tactical infrastructure section, and examined in more detail areas containing unique species compositions of habitat that might be conducive to sensitive species.” (Appendix I 6)

Either this statement is inaccurate, or employees of the private contractor e2M violated USFW regulations and entered refuge tracts to conduct surveys without the necessary permits. If the Draft EIS was published without accessing USFW refuge tracts, why was its completion rushed without carrying out surveys that e2M thought were important when they requested Compatibility Determinations? How is it possible to accurately assess the natural and cultural resources that are in the path of the border wall without setting foot on any refuge tracts?

Walls built on refuge properties will do damage in terms of direct loss of vegetation, which will in turn eliminate opportunities for animals to find food and shelter. According to the Draft EIS,

The border wall will also lead to the fragmentation of habitat, both through the clearing of brush and the erection of impermeable barriers. The key goal of the Lower Rio Grande Valley National Wildlife Refuge is the establishment of a wildlife corridor along the Rio Grande. This means continuous habitat, allowing plants and animals to move from one area to another. Such movement is crucial for the maintenance of genetic viability within a given population. Habitat fragmentation may cause inbreeding because animals from one piece of habitat are unable to travel to reach mates that they are not related to. Inbreeding can lead to a weakened population that is less able to cope with environmental stresses or disease. This is already a tremendous problem for endangered ocelots and jaguarundi, both of which may be driven to extinction by the border wall. 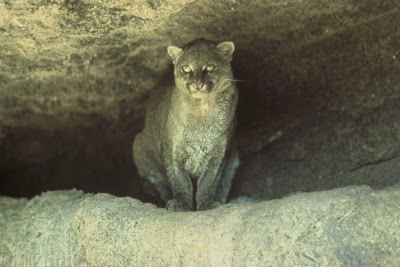 The wall will fragment the habitat of federally endangered jaguarundi.

The Texas border wall’s route takes it through a number of communities, including Roma, Rio Grande City, Granjeno, and Brownsville. The Draft EIS mentions the fact that some residential properties will either be impacted or destroyed:

“Minor to moderate adverse indirect impacts would be expected from the imminent dislocation of some families due to property acquisition. Some housing properties would either be removed or visually impaired by the pedestrian fence and adjacent patrol roads. The social aspects of dislocation could be disruptive. Many families in the proposed project corridor have lived there for decades, some even centuries, and have strong emotional ties to the family land and homes.” (4.12.55)

The Draft EIS does not provide any specific details, however. The number of homes that will be impacted is not given, nor is the number that will be “relocated” or “removed”. Will 4 houses be bulldozed, or 40, or 400? Letters have been sent out to homeowners and landowners who have refused access to their properties, so DHS apparently knows which properties will be affected.
There is also no explanation of the conclusion that the “dislocation of some families” would only have “minor to moderate adverse impacts.” What is the criterion for “minor to moderate”, and how does the removal of a family’s home fall short of “major?” 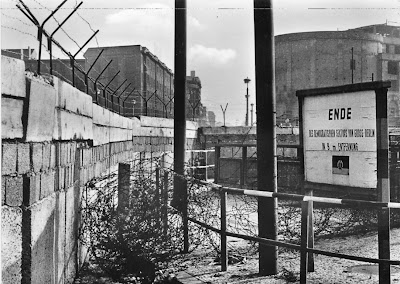 “…if a draft statement is so inadequate as to preclude meaningful analysis, the agency shall prepare and circulate a revised draft of the appropriate portion.” (Sec. 1502.9(a))

This is precisely what must occur in this instance if the process is to have any credibility. Anything less would fail to comply with the National Environmental Policy Act, and would be a disservice to the American people who will be forced to live with and pay for the border wall.
Posted by NO BORDER WALL at 12:16 AM 4 comments: